Last weekend marked the tenth anniversary of Birmingham's own film festival, the wonderful Flatpack. I've attended the festival sporadically over the years, but this year I tried to catch as much of it as I could. A combination of work and family life prevented me from throwing myself into the whole festival, so this is not a review, merely an account of the glimpses I managed to snatch over the weekend.

My journey through the festival began on an immediate high. Millenium Point housed five animations and a selection of drawings from Boris Labbé, a French artist staging his first UK exhibition. According to the friendly guide, Boris himself had just been in the exhibition calibrating the colours of "Rhizome" a ten minute animation exhibiting in a dark room on a large screen. A simple idea of a range of shapes seemingly trapped in a whirlwind as the camera pulls further and further back. Set to a piece of beautiful minimalist music, I could have sat and stared at this all day. The other smaller pieces were great fun, such as the Bruegel-esque parody "Il(s) tourne(nt) en rond" and the mind-boggling synchronisation of music and visuals "Cinétique" (think Autechre's Gantz Graf video). I only wish I was able to meet the man himself and check out "Any Road" but it was not to be.
My second stop was an installation next door called "Diafilmprojecktor" which showed an eighty-second clip of "Bring me the Head of Alfredo Garcia" on 24 slide projectors, with no audio, just the clattering of slides as the sound. Although this idea sounded intriguing on paper, the effect was not particularly moving or inspiring, but I think it compared badly to Atom Egoyan's all-consuming installation of "Steenbeckett" which I became slightly obsessed with when it was in the MAC.
After this is was time for a triple-bill of feature films at the Electric. First up was a documentary "The 1000 Eyes of Dr Maddin" which was poorly attended for such a wonderful screening (and a UK debut too). It featured interviews with Kenneth Anger and John Waters as well as a wealth of behind the scene footage of Maddin at work, all of which was incredibly valuable. Hearing Anger explain his chest tattoo of "Lucifer" being because Lucifer is the bringer of light was a wonderful doorway into the films, as was Maddin's own annoyance at how cinema-goers cannot treat film in the same way as listening to an album. Such thoughts opened the door to the screening of the enticing, exhausting and maddening "The Forbidden Room". Luckily I have seen this film before, as the heat combined with a general tiredness after a week at work to make me snooze through about twenty minutes of it. However that just added to the trippy atmosphere to wake up to vampire bananas and strange going-ons with moustaches.
The madness continued with the Shock & Gore Trash Film Night screening of Future War, which was pure nonsense, very similar to the previous week's screening of The Room, but with less cutlery flying overhead. This was a raucous bit of fun which meant that me and my friends spent most of the weekend shouting "SPACE JESUS" at each other at random moments. If you thought Jurassic World had shite special effects; and that the problem with sci-fi movies was that cyborgs aren't fat enough, then this movie is for you.
The night ended with a trip to Centrala, but there wasn't too much happening except for nice beers and a mobile of the moon, so it was time to end the night and head home.

Due to family commitments and having purchased Rob Delaney tickets a few months previous, Saturday was a bit of a non-starter, but I managed to explore the Ikon's "Slow Light" films, for about 15 minutes, until I got a bit bored. So I wandered over to the Victoria to see "Boom!" which was much more fun. The Brothers Mcleod were hilarious, and their programming of short films was joyous, although the less said about the Japanese animation the better. If ever I'm in Stratford-upon-Avon I'd love to check them out. Their own animation "The Inverted Peak" was pretty great too.

With babysitting arranged (thanks Mom and Dad) Sunday was all set to be the biggest day of them all, and it truly was. Arriving at 10am in time to check out the Gas Hall exhibition, which ranged from the memorable (Flatpack memorablia), the melancholic (the Projectionists), the historic (Jacey Cinemas amazing scrapbook) and finally the bit rubbish (some photos of shoppers in the Bull Ring). However we weren't there for that. It was a guided tour of lost cinemas of Birmingham by Ben Waddington that was the main attraction. So out we trudged into the city, visiting places that smelled of piss and bins. But what sights we saw, charting magical pathways through lost spaces, some of which were tantalisingly close. It gave the desire to start phoning landlords and pretending to have a desire to rent these spaces. This was my first walking tour by Ben, and hopefully will not be the last.
Arriving back at the Gas Hall just in time for another journey into the lost, this time the world of the 28mm projector. Silent movies from the collections of Chris Bird and Brian Giles, with lovely accompaniment by Meg Morley. This really brought tears to my eyes. I have a fascination with silent cinema anyway, and to see animations and Harold Lloyd two-reelers that basically only exist in these single copies was an incredible privilege. The fact that most of the footage shown wasn't "train-spotter"-like, but actually entertaining, made it all the more of a rich experience. Guy Maddin has recently released a series of short films called "Seances" with the idea that once they have been seen once, they will be lost forever. Well this wasn't an art project, it really seemed unlikely that I would see either these films or this format ever again. Truly the magic of cinema.
This theme continued in the afternoon, but it was now the Magick of cinema thanks to John Bradburn organising a selection of short films with an occult theme. The first film was a 16mm screening of "Invocation" by Amy Halpern. A pair of hands reaching out of the dark to the flicker and click of the projector. This set a high standard which was difficult to maintain consistently. Wormwood Star started well but soon became a bit repetitive. The problem with having films inspired by Kenneth Anger, is once you have seen the master at work, his acolytes seem like pale imitations. However there was enough to sustain the interest. The most divisive piece was the last, a portrait of an Irish artist called Caoimhin Breathnach. The footage was set to vocal performances that sounded like a Mike Patton/Yamatsuka Eye duet, which drew a lot of giggles from the audience (and audible groans from my wife who was worried the film would never end). I was intrigued by the film and wished to find out more.
The weekend ended with a crescendo and a circle. It started in the Electric with a documentary, and ended with one too. This was exacerbated by the fact that John Waters appeared in it and Lucifer was discussed in much detail. Sympathy for the Devil told the story of the "Process Church of the Final Judgement" a cult that spread from London throughout America in the late 60s. In the "process" it became inextricably linked to the Manson murders, and eventually morphed into an animal charity by the mid 70s. This was an amazing journey, heightened by the director and a member of the Church being in the crowd and being very generous with their time afterwards.

A weekend of secrets, magick, forbidden places and lost worlds. That seemed to be the narrative leaping out of these screenings. I left the weekend tired but refreshed, and I am already counting the days until next year. Flatpack is Birmingham's best kept secret (in spite of national radio coverage) and is particularly brilliant and bringing short films to my attention. Long may it reign. 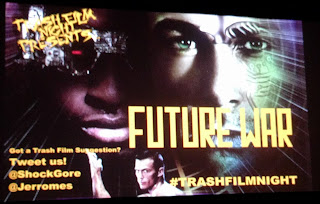 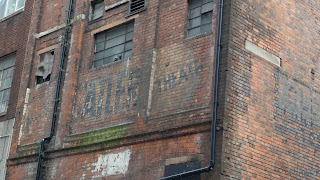 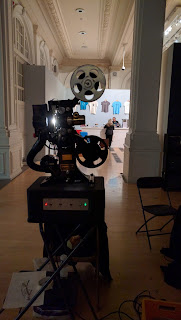 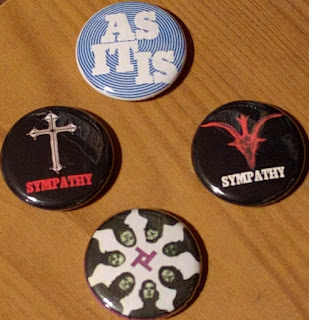